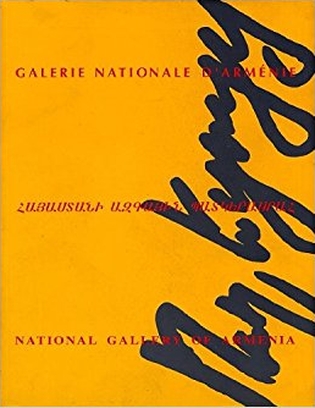 In 1918, the united efforts of the nation against the plundering invadors established the right to existence of Armenia. Facing Mount Ararat, under the slopes of Aragatz, on a small strip of land, after an interval of six centuries of bondage, the new independant Republic was born. From all parts of the world, like bees returning to their hive, Armenian artists flocked into Armenia. Within a short period of time Erevan had its own university and other educational institutes. A little later, during the soviet period, the National Theater, the Conservatory, the Opera and the Museum were established.The Gallery was established in 1921 as the artistic section of the State Museum. Its organization was entrusted to the artist Matiros Sarian, who had come from Rostov. The starting collection of the Gallery were the works of the Armenian astists’ first exhibition, held in Erevan. Shortly after, the collection of paintings held in the Lazarian college in Moscow was returned to Erevan.In the 1925’s, the art historian and an expert in museum craft, Ruben Drambian, was invited to Erevan from Leningrad. During his curatory of over 25 years, the image and character of the Gallery took shape. In 1935, the artistic section was transformed into the Museum of Art and in 1947 began to be called Armenia’s State Gallery and, in 1991 was renamed National Gallery of Armenia.The Gallery’s collection has periodically been augmented through purchases; in this respect an important role was played by R.Drambian’s very sensitive judgment. In return for the Urartian artifacts, excavated in 1930 and presented to the Ermitage, the Gallery received a selection of important works. In regard to the collection, it is very important to mention our benefactors, whose names are listed in the beginning of the book.By Shahen Khachatrian (Gallery Director)